Giuliano Borgia was born in Figline Valdamo (FI), on 18/8/1987, on a wide stretch of vineyards on the Tuscan hills, an only child. At the tender age of three, he and his family moved to his mother’s hometown, Otranto.

At the age of five, he was already getting his first taste of business, growing up in a small embroidery activity where his mother, Paola, worked. The passion for business is in his blood, for his generation he is the first child in Otranto to set up a “stall”, selling copper rings and bracelets, made by his Uncle Franco. The results were quickly evident, and the “hoards” began to grow.

A passion for cooking is the family’s forte. Firmly rooted in the territory’s traditions, every Sunday his mother would prepare home-made pasta, orecchiette, sagne and macaroni. From being very small he was fascinated by the kitchen and stove, watching his mother at work and, during the week, they created original recipes from meat to fish, using mainly Mediterranean products sourced 0 km away, harvested in the own family’s own vegetable plot.

His father, a policeman by trade, gave a further demonstration of the family’s passion for cooking. In the ’90s he became the chef at the police’s beachfront restaurant in San Cataldo, demonstrating excellent culinary knowledge and passion for catering, and soon achieving excellent results.

From the age of sixteen, during the summer seasons, Giuliano began to manage one of the family’s two clothing stores. Free from arrogance, he was beginning to establish himself as a true tradesman. At the age of 19 he enrolled at the Law School in Lecce, and thanks to the course, he was given the opportunity to study at the University of Cologne in Germany, for six months.

His passion for cooking never dwindled,. He began to get involved in the real world of catering after his studies. At weekends, he would devote himself to learning new culinary techniques and experiment with recipes from family tradition.

On his return to Italy, he was contacted by a law firm in Lugano. Due to family trials and tribulations he turned down what was a highly esteemed job. Little did he know another valuable opportunity would soon be heading his way. 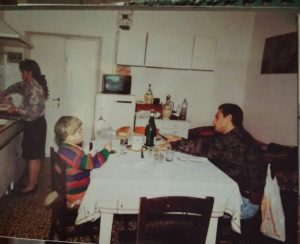 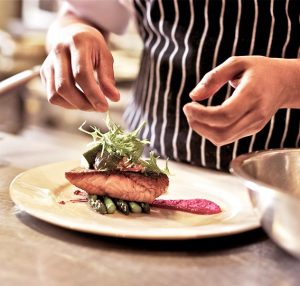 His culinary career began in the restaurant kitchens in Lecce, where he shared an apartment with five other young men, and where he started to experiment with different recipes. He had plenty of good results.

One year after his return and armed with experience, he had an idea.  On 8 March, 2014, supported by his family, he decided to open a Wine Bar in Otranto, calling it “Truffles & Mushrooms”.

“Truffles & Mushrooms” in Otranto? Yes! Truffles and Mushrooms in Otranto.

The passion for his father’s many hobbies, changed the course of the family’s history. By pure accident, he discovered the existence of Truffles in the territory of Salento, from truffle hunters from the centre-north intent on harvesting truffles. And the geniality of entering into a whole new world, the world of truffles. Becoming increasingly specialised in mycology, in the space of a few years, they had become experts in the field. They started to export truffles abroad by the kilo, to Germany, Switzerland, France and throughout the whole of Italy.

From here a new chapter began in the history of Otranto catering. Remaining faithful to the tradition that has always set them apart, with courage and determination and tremendous passion for their work, and after so many sacrifices and trials, they succeeded in achieving their goal: to open a restaurant.

A new project on the territory has been set in motion, publicising a product, recognised by many as being a product only from the centre-north and which, as of the 1970s, has been harvested in Salento and kept hidden from the eyes of the Italians. The need to raise awareness of the truffle as a product hailing from the territory of Salento is born.

His knowledge of enogastronomy became more in-depth through a variety of cooking classes and wine courses. Giuliano became a sommelier, in ord fer to find the perfect match to go with the dishes. His choice of wines was made by taking their flavour, culture, and the territory of the restaurant into account.

Enveloped in stunning scenery, it is located between the river Idro, from which it takes the name Otranto and the waterfront, just a stone’s throw from the Church of St. Antonio. And so “Al Tartufo” came into being. The dishes come from the simplicity and sincerity of tradition, to create an enjoyable gastronomic experience, since this is the goal that Giuliano, his father Aldo together with mother Paola, his partner Stefania and their collaborators are aiming for.

We therefore believe that Italy is still a good bet, and it takes people just like Giuliano who have a passion for their work, simple folk with determination, to make us realise it’s not all lost, contrary to what many might say. Having the willpower to set goals and to keep pressing ahead until we achieve them is the first step to not letting our Country cave in on itself. We’re following in the footsteps of a person who was willing to bet on our homeland, who wanted to make our Traditions known and pass them on to those who maybe only knew them only in part for us to then to do the same. We live in the most beautiful country in the world. Let’s not forget that! 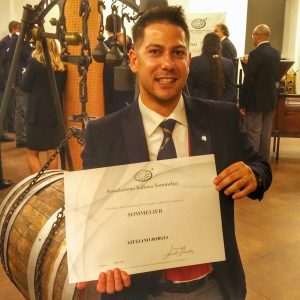 For information or reservations